Our company offers film greenhouses produced in the Republic of Belarus at our own production in Gomel city.

The frame of the greenhouses is made mainly of a round pipe, of different diameter and cross-section, and is interconnected by special clamps and joiners. All structural elements have a galvanized anti-corrosion coating, which ensures the service life of the frame up to 50 years. By design, the film greenhouses can be tunnel or multi-span with arched roofing..

Tunnel types of greenhouses may not be heated in winter, as the snow will spontaneously descend from the surface. In multi-span greenhouses, despite the fact that you use the maximum usable area, you will have to heat the entire greenhouse complex, and also an additional circuit of a heating system  installed under the gutters should be applied. Film greenhouses, as a rule, are equipped  with upper single (double) window frame ventilation or rolling side ventilation , or a combination of these mentioned. 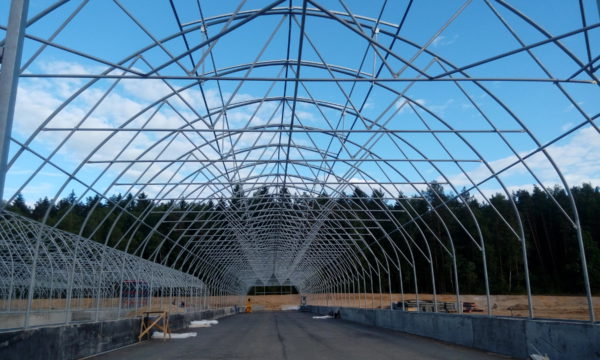 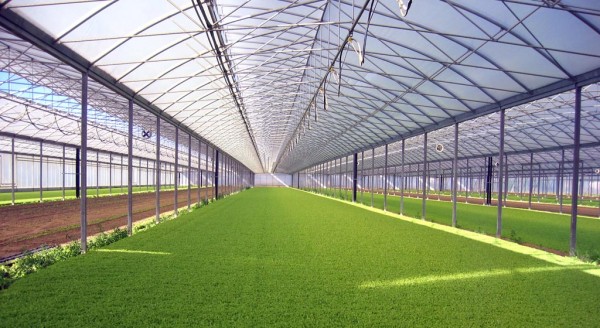 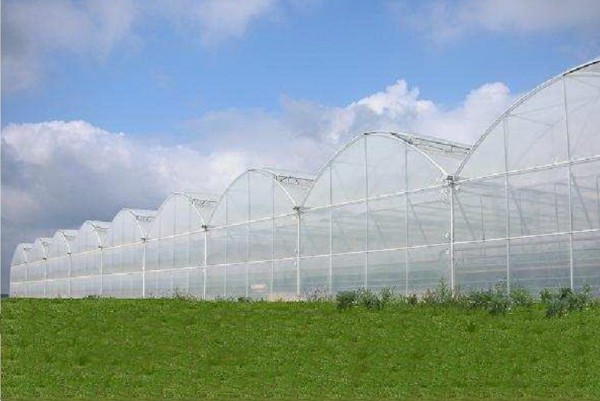 The film is used for covering the greenhouses, has a density between 130 to 240 g /m2,  with a various light transmission ability. The Greenhouse film has several modifications for different regions. For northern latitudes, as a rule, a transparent film is used, for southern regions with an active sun – matte. Also for the northern latitudes the film is covered in 2 layers with an air compressor system, for the southern ones in a single layer. The front and back sides of the greenhouses covered with a film or polycarbonate.

Belarusian film greenhouses – the choice for a rich harvest!